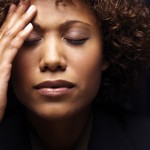 According to the National Institute of Neurological Disorders and Stroke, migraine headaches affect more than 28 million Americans, 75% of whom are women. We routinely see people that experience migraines on a weekly basis, with some people having them every day.

Magnesium can often offer migraine sufferers some relief. Research appearing in Cephalgia (1993;13:94-98 and 1992;12:21-7) showed that migraine sufferers had lower levels of magnesium within their red blood cells than healthy, matched controls. In addition, IV magnesium is often used to stop migraine attacks; a study published in the journal Headache (2001;41:171-77) demonstrated that one gram of intravenous magnesium sulfate brought about complete relief from migraine pain in 13 out of 15 people, with the other two subjects reporting a reduction in symptoms.

Once more, magnesium has also been shown to help prevent migraine headaches. A study that appeared in Cephalgia (1996;16:257-63) looked at migraine patients that experienced an average of 3.6 migraines per month. Those given 600 mg of magnesium daily for 3 months reported over a 41% reduction in migraine attacks and were able to significantly reduce their migraine medication dosage.

We have used Magnesium glycinate very effectively with migraine sufferers. For acute attacks, we generally use 600-1200 mg in divided doses. For prevention, between 200-600 mg seems to work well. In addition to magnesium glycinate, numerous other botanicals and supplements have shown to be effective at reducing and eliminating migraine pain.