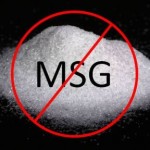 Everybody is (or should be) concerned about the health of their brain and the brains of their children. Proper brain function is necessary for proper development (mentally, emotionally and physically); is vital for such functions as learning, focus, concentration, and memory (both long and short term); emotional stability; and to ward off diseases ranging from dementia and Alzheimer’s, to ADD/ADHD, depression, anxiety, seizures and Parkinson’s disease.

Avoiding monosodium glutamate, more commonly known as MSG, and other excitotoxins is extremely important to protect your brain and allow for proper brain function. MSG and aspartate (the main ingredient in NutraSweet®) have been discovered to severely damage essential cells in the brain called neurons. This damage is most severe in the young. This makes it absolutely essential that pregnant women and young children eliminate these neurotoxins from their diet. However, everybody concerned with brain health should avoid and eliminate these excitotoxins.

In fact, the experimental evidence demonstrating the neurotoxic potential of these excitotoxins is so overwhelming that to ignore it is to invite brain, developmental, behavioral, neurological and/or physical disease and destruction (to learn more and scientific studies, see Neurotoxins: The Taste that Kills by Russell Blaylock, MD)

Why MSG and Aspartate (NutraSweet®) Are So Harmful

Without getting into the biochemistry too much, basically glutamate (from MSG) and/or aspartate (from artificial sweeteners like NutraSweet®) at too high of levels (which has been shown to correspond with amount in a single bowl of commercially available soup or one 12-ounce can of diet soda) cause neurons to become extremely excited, which causes them to degenerate and die. This damage is not reversible and can occur for many days after ingestion.

How to Avoid MSG

With more and more evidence of harm being published every year, the glutamate manufacturers and the processed food industries are always on a quest to disguise MSG added to food. Something else to keep in mind: recently, the Glutamate Association persuaded the FDA to change the labeling laws to that the words “monosodium glutamate” is not required on food labels unless it contains 100% pure MSG. Also MSG need not even be mentioned by any name is one product containing pure MSG is only used as an ingredient in another food.

For example, if broth is used to make a soup, and the broth contains pure MSG, MSG does not have to be listed as an ingredient. But if the broth is sold alone, it must appear on the label.

Below is a partial list of the most common names for disguised MSG.

This is a long list. Unfortunately, because of the deceptive labeling practices, your only recourse is to avoid all foods with these hidden label names, as substances labeled as “spices”, “natural flavoring” and “flavoring” have been shown to contain anywhere from 30% to 60% MSG.